Results for "You Are Here" 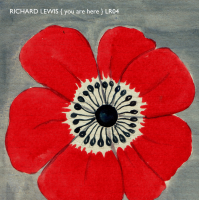 Canadian’s - guitarist Michael Occhipinti and pianist Paul Neufeld are well-known in their native homeland and now that American jazz label “Koch” has released, You Are There, the large ensemble, “NOJO” (Neufeld Occhipinti Jazz Orchestra) should soon be the recipients of some widespread attention with this fine release! An added bonus here is the appearance of ...

NOJO (The Neufeld / Occhipinti Jazz Orchestra: You Are Here

NOJO (Canada’s Neufeld / Occhipinti Jazz Orchestra) is back with its second engaging album of unclassifiable music, this time with poll–winning guest clarinetist / bass clarinetist Don Byron on hand to add his elliptical commentary. Whereas many undernourished ensembles exert every effort to sound larger than they are, NOJO’s seventeen members seem to go out of ...

NOJO: You Are Here

If, like me, you live outside Canada, you may not know about NOJO--the Neufeld-Occhipinti Jazz Orchestra. But major talents like Joe Lovano, Kenny Wheeler, and Ray Anderson know NOJO, and have all played or recorded with the group. The 16-piece Toronto-based ensemble has won numerous Canadian jazz awards for their highly original, progressive big band sound, ...

Steve Khan/Rob Mounsey: You Are Here

Guitarist Steve Khan and keyboardist Rob Mounsey first recorded together on Khan's 1979 LP, Arrows (Columbia), then collaborated in 1987 on Local Color (Denon). Individually, they logged in loads of studio time with Chaka Khan, Billy Joel, Carly Simon and Madonna and worked together again with Donald Fagen and on several Steely Dan records. Since then, ...