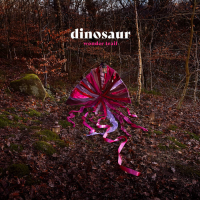 This is the long-awaited follow-up to Dinosaur's 2016 debut album Together, As One. But the de facto debut by this quartet actually took place on Laura Jurd's first, highly inventive, album Landing Ground released in 2012 on the Chaos Collective label, which she co-founded. In 2015 she released a second album under her own name, the ...