Lisa Kirchner: Something to Sing About 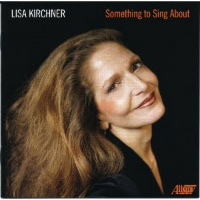 The first thing that distinguishes Lisa Kirchner's Something to Sing About is her repertoire: not a jazz standard pass her vocal cords; instead, she presents a collection of 20th Century American “Art Songs" composed my the likes of Charles Ives, John Corigliano, Ned Rorem, Aaron Copland, and William Bolcom. An eclectic band supports Kirchner, conspicuously present ...

Bolcom Plays His Own Rags