Vincent Ector hails from the musical city of Philadelphia, Pennsylvania, where he attended the University of Pennsylvania. Trained in Music beginning at age nine through GAMP, a music magnet school in Philadelphia that also enabled him to study at Temple University while still a junior high school student. He then began studying privately with drummers such as, Mickey Roker, Ralph Peterson Jr., and Armand Santarelli, as well as performing for six years as a percussionist with the United States Army Band. As a performer, he has worked with jazz luminaries that include: NEA Jazz Masters, Freddie Hubbard, Randy Weston, James Moody, Slide Hampton and Jimmy Heath as well as Gloria Lynne, Charles Earland, Bobby Watson, Lou Donaldson, Grover Washington Jr., Dr Lonnie Smith, Ron Carter, Claudio Roditi, John Lee, Ralph Peterson Jr., Melvin Sparks, and Shirley Scott 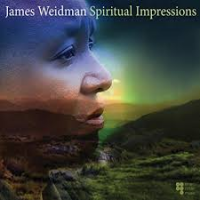 There is a long tradition of using traditional African-American spirituals as a basis for jazz explorations, but that is rarely done in one session with the breadth of approaches James Weidman uses on Spiritual Impressions. From the loping reggae beat on “Didn't My Lord Deliver Daniel" to the New Orleans rumba rhythm on “No Hiding Place," ...

Amos Hoffman: Back To The City

Amos Hoffman's story is one of departures and returns. This guitarist-oudist cut his teeth in his native Israel, made his way to Amsterdam, and finally ended up in New York in the '90s as part of what could be considered the first wave of Israeli jazz talent to really make an impact on the Big Apple. ...

Jeff Hackworth: The Heart of the Matter

Veteran tenor saxophonist Jeff Hackworth doesn't fool around much on his most recent musical project and gets right to The Heart of The Matter, unveiling his seventh album as leader and follow up to his previous critically-acclaimed Soul To Go! (Big Bridge Music, 2014). Employing a muscular approach to the saxophone, Hackworth's tenor voice is pronounced ...

His fifth album as leader and follow up to the critically acclaimed Night Owl (Big Bridge Music, 2011), Jeff Hackworth's Soul To Go! offers a brash new statement packed with bop, blues and soulful renditions of jazz classics. A New York-based saxophonist of note, and like many a great sax men--Sonny Rollins, Charlie Parker, Cannonball Adderley ... 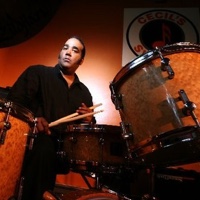 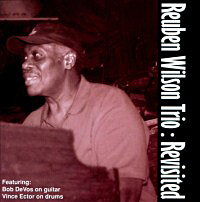 Reuben Wilson Trio Revisited American Showplace Music 2011 For any organist mining the soul-jazz vein, it's tough to escape the long shadow of Hammond B-3 titans such as Jimmy Smith, Charles Earland, Richard “Groove" Holmes and Jimmy McGriff. On the other hand, invoking the memory of a few of the ...

Grady Tate; Jammin' On The Hudson

Riverbank State Park, in association with Brownstone Entertainment Complex, LLC, for our seventh consecutive year are pleased to present: “ Jammin' On The Hudson." 'Jammin'; The Summer Concert Series for the 'serious' Jazz Lover! The series features 'World-Class' Players, appearing one Sunday in July and one in August. What could be more inviting than listening to ...