V. Shayne Frederick is a pianist, vocalist and poet. He began his formal musical study at Dartmouth College, and then later in a local Jazz ensemble in Philadelphia led by the legendary organist, pianist, composer and vocalist Trudy Pitts. His informal musical study, however, began at birth. V. Shayne was born in North Carolina to musician parents— his mother, a pianist and vocalist, and his father, a saxophonist. Even still, music would come later than childhood for him. As a self-taught pianist and vocalist, his craft has been honed at jam sessions, on bandstands, in concert halls, and behind pianos at a multitude of venues over the last decade: Philadelphia Museum of Art, the Barnes Foundation, SugarHouse Casino, Suzanne Roberts Theatre, Resorts Casino, Society Hill Playhouse, Philadelphia Clef Club for Performing Arts, the African-American Museum in Philadelphia, and Art Sanctuary, just to name a few stages 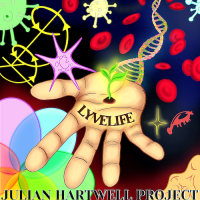 The long-awaited follow-up to their 2015 debut, The Julian Hartwell Project returns with a bold, collaboration-heavy concept album with LYVELIFE, out March 12, 2021. Initially conceived as an EP and subsequently crowdfunded by a small but loyal fanbase, LYVELIFE has since morphed into the most ambitious undertaking yet from pianist, composer, & bandleader Julian Hartwell.  With ...

This Is Our Moment (single)

Label: Next Level
Released: 2020
Track listing: This Is Our Moment 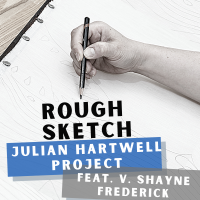 Bassist Nicholas Krolak Inspires Listeners To Find And Use One’s Voice To Impact The World Around Oneself With His Sophomore Album, 'Voice = Power.

Bassist, composer, and lyricist Nicholas Krolak is no stranger to the complexities of the modern world in which we live. As a musician, Krolak understands it is not enough for him to merely preserve tradition, but it is not possible to move forward without it. As a person, he understands the dual necessity of walking in ...

This Is Our Moment

Album: This Is Our Moment (single)
By Nicholas Krolak
Label: Next Level
Released: 2020
Duration: 05:16