It may be a fitting instance of fortuity that the initials of Aaron, Trey, Eddie, Alex, and Marco happen to spell A-TEAM… because, as rock virtuosos, that's exactly what they are: an A-team of "musicians' musicians," and a likely 2008 successor to the great virtuoso bands of the past - Mahavishnu Orchestra, Zappa and The Mothers, King Crimson and, of course, UK.

Jobson put together the ideal 'virtual band' by studying musicians' performances on YouTube and - given his renown among musicians worldwide - received instant acceptance from all of his first choices:

Aaron Lippert - a citizen of Belgium, but born and raised in New York - the former lead singer and songwriter for Columbia recording artists Expanding Man.
Trey Gunn - a Texas native, currently residing in Seattle - a ten-year veteran of King Crimson and the leading exponent of the Warr touch guitar.
Alex Machacek - from Vienna, Austria - an award-winning guitar prodigy and composer.
Marco Minnemann - from Hannover, Germany - a drumming phenomenon of unparalleled virtuosity.

Five exceptional musicians, all citizens of different countries, coming together in a digital collaboration over the internet to forge a new and innovative path - a musical A-team poised to raise the bar one more time. 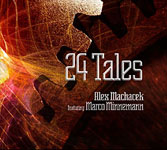 It's not the first time guitarist Alex Machacek has composed around drum improvisation--he did that with three tracks on [sic], his 2006 breakout record and first for Abstract Logix--but he's taken the concept even farther on 24 Tales. It's also not the only release to use, as its basis, a 51-minute drum improvisation by Marco Minneman--Machacek's ... 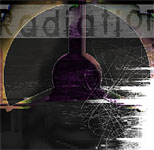 After a 27-year hiatus from band touring and recording, Frank Zappa and Roxy Music alum/UK co-founder Eddie Jobson returns with UKZ and Radiation, a CD-EP to coincide with the group's January 24, 2009 “One City World Tour" New York show. A logical extension/evolution of UK's progressive rock leanings, the highly anticipated UKZ is an all-new line-up ...