Born In Hasting Nebraska September 7th 1957, and began a musical career in 1968 after moving to Salina,Kansas with his family. at age 12 Joseph alan fears began as a bass guitar player & Singer, performing With Various Well Known R&B Bands . from 1970-1974 Joseph Performed with A Band Called”Kool-Sat & The Second Breeze” And Recorded His First Song “How Does It Feel”,Although,The Song was Written By All Of The Band Members-Albert Whitaker(drums) Mythias Wright(Guitar & Vocals) & Micheal Jackson(Organ) Back In 1970,Joseph Was The First To Join (BMI) & Copyright The Tune In 1976. In 1978 Joseph Began recording His Own Songs On His Own Record Labels(JAFF RECORDS(USA)

Fusion--long a dirty word in jazz circles--has enjoyed a renaissance in the last decade. In part it's due to the advocacy of lables such as Abstract Logix but the root cause is surely the fact that cross-pollination is increasingly the norm. And whilst fusion mightn't mean quite the same thing it did in the 1970s, these ...

Chris Greco received “Best Jazz" for his composition “Maia" Thursday November 15, 2012 at the Hollywood Music in Media Awards. The event, representing many categories and independent artists, was held at the classic and refurbished Fonda Theater in Hollywood, CA. “Maia" is from Greco's GWS-Fourwinds release Trane of Thought and represents one aspect of his varied ...

Concert Date: March 10, 2010 The first concert of a new jazz concert series to be presented annually at Benedictine College (KS) under the direction of Chris Greco. The Kansas Jazz Collective will be comprised of Kansas area jazz musicians, and each year will present a different view of jazz music's variegated styles. This year will ... 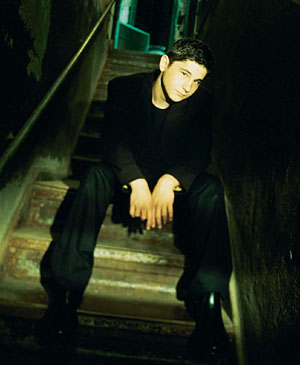 KANSAS CITY'S (AND CARNEGIE HALL'S) ELDAR TO PERFORM JARDINE'S STAR SERIES “The last time I saw Eldar it was in an audience of ten thousand," remarked an astonished passerby upon learning that the now 20 year-old prodigy of jazz piano was coming Jardine's in Kansas City. In a rare opportunity to experience a great in an ...

Menagery, the Debut Album by Mike Thompson with Ernie Watts

Menagery, the debut album by Mike Thompson with Ernie Watts, is now available for purchase online at menagerymusic.com and at cdbaby.com. The 12-track CD, a unique melding of electronics and jazz, is the product of a longtime admiration of the musical duo. Thompson first grew fond of the musical relationship after hearing John Coltrane and Elvin ...