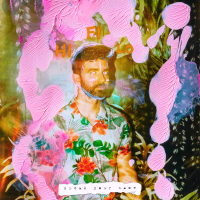 Toronto-based, Juno Award-winning alto saxophonist Allison Au and her quartet present their follow-up to 2017's Forest Grove (Self Produced) with Wander Wonder. The set of all Au originals--with keyboardist Todd Pentney co-writing “Force Majeur"--opens with a translucent dreamscape, “The Valley," that sounds like something that Daniel Lanois might have cooked up. The quartet follows up this ...