Todd has performed and recorded with a diverse group of artists including The Spin Doctors, Buddy Miles, Ivan Neville, Winston Grennan, Adam Holzman, African Blue Note and Richard Bona. He was also a member of Ani Difranco's band and appears on her double live album "So Much Shouting, So Much Laughter," and "Evolve". His playing displays an introspective vulnerability, a poetic sense of space and an undeniably romantic lyricism. His writing stretches genre boundaries, establishing an exciting benchmark for the future in instrumental and experimental music.

Todd Horton's Soulsearch Music with Ill Eagle Productions will present a series of special concert events, called “Studio A Sessions", once a month, beginning this September at Studio A Philly, located in South jny: Philadelphia. These events will be filmed and recorded for future broadcast. Each concert will feature an artist of exceptional talent and virtuosity. ... 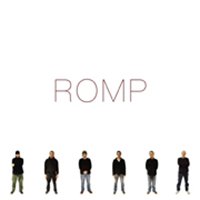