About Tim and Tito Pascoal Band

Tim And Tito Pascoal band This project consists of father and son with two CD projects Walk the Walk and The Sun Stood Still, with the participation of international names in the Jazz world, including saxophonist Bob Mintzer also known for his work with the Yellowjackets, pianist Russell Ferrante also a founding member of the Yellowjackets, bassist Tom Kennedy, Richard Bona, Evan Marien, Dave Weckl among others. Tito Pascoal was born in Cascais, Portugal. His father took him under his wing introducing Tito to a rich musical environment allowing him to grow musically. What is special about Tito is how he became fluent in numerous styles at an early age 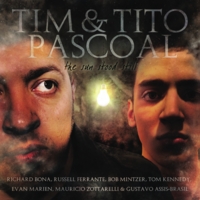 By Tim and Tito Pascoal Band