People refer to Theodosii Spassov as “the kaval player of the world”. Indeed, Theodosii Spassov’s fans all over the world form a very wide circle. Born on March 4, 1961 in the town of Isperih, he graduated from the Philip Kutev National School of Folk Arts in Kotel and then the Plovdiv Academy of Music, Dance and Fine Arts. He is acknowledged as a virtuoso kaval performer, who is capable of playing any folk melody with style. What makes him even more popular are his original ideas, the realization of which brings together musicians of diverse genres. 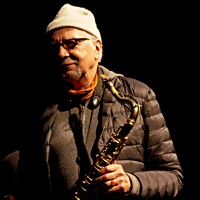 Once again, it is clear that quality and diversity will reign supreme at the Festival International de Jazz de Montréal presented by TD in collaboration with Rio Tinto Alcan, as we prepare to celebrate a 33rd edition. Fans can already start filling in their summer calendars with some of the greatest names on Planet Jazz, discover ...