Results for "The Billy Gibson Band" 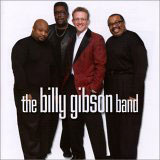 If anyone thinks the blues is a dead genre, they're badly mistaken. The Billy Gibson Band rocks from the first note of its new self-titled album. The first song, “Down Home, sets the tone early, with the bandleader on harmonica and lead vocals, singing, “Let's go down, down home, where I play the blues... on my ...