Guitarist, composer, educator, and bandleader Terry Bartolotta has been part of the Chicago jazz scene since 2006. He has performed with notable local musicians like: Rose Colella, Elaine Dame, Paul Marinaro, Art Davis, Joe Policastro, Alex Beltran, Chris Madsen, and Chris White. After receiving his Master’s Degree in jazz composition from Depaul in 2009, Bartolotta focused on composing for his jazz quintet, and in 2012, he released his debut cd, Above the Clouds. In the same year, he won the Union League Civic Arts Foundation Jazz Composition Award for his composition “Times Change.” The Terry Bartolotta Group is comprised of James Davis on trumpet, Alex Beltran on tenor sax, Joel Kelsey on bass, Lucas Gillan on drums, and Terry Bartolotta on guitar 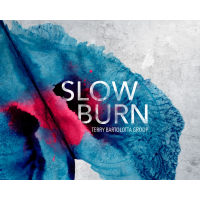