Theodore "Ted" Curson (born June 3, 1935, died November 4, 2012) was a jazz trumpeter. He was perhaps best-known for recording and performing with Charles Mingus. Curson got interested in playing trumpet through the fact that the local newspaper salesman had a silver trumpet that he was playing on the streets while selling newspapers. Curson's father could not afford a trumpet and besides, he wanted Ted to become an alto player like his idol, Louis Jordan. Finally, when Ted was 10 years old, his father found an old trumpet for him in the Navy Yard. He soon after formed a band, the Bebop Trio, with friends from the neighbourhood. Curson attended Granoff Musical Conservatory

This story has been revisited before, in the context of an Albert Ayler review, but good stories bear repeating, particularly when they are instructive ones. So here it is again... During a May 2021 interview with All About Jazz, the reed player Shabaka Hutchings was asked to name six albums which had made a more than ...

This 2020 reissue of the New York Contemporary Five recordings from 1963-64 can't help but draw one's attention to the social unrest occurring in America in 2020. In 1964 the riots in Harlem and Philadelphia over police brutality were followed by similar riots a few years later in Watts, Newark, Detroit, etc. In the growing civil ... 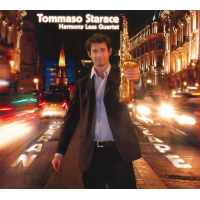