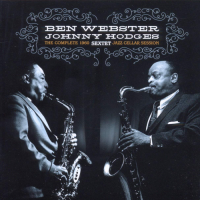 Alto saxophonist Johnny Hodges and tenor saxophonist Ben Webster were a perfect pair. Hodges played with a smooth, bluesy sweetness while Webster offset that with his breathy, husky tone. Both recorded together in the Duke Ellington Orchestra in the 1930s and '40s, and they paired off again in the 1950s on small-group dates. My favorite sessions ...

Legendary drummer Bill Bruford recorded numerous solo albums outside his commitments to YES and King Crimson that hold a treasured place in many fans’ rock and jazz collections. Bill’s first band was the eponymously-named Bruford (1977-80) following which he recorded two studio albums with Patrick Moraz. In 1986 he formed Earthworks as a deliberate return to ...

About Tin Men and the Telephone

Tin Men and the Telephone

Tin Men and the Telephone (TM&T) will not stand for banality. Their shows – that challenge the gut as much as the brain - undermine the monotony and irritation of everyday life by recycling anything from the bleeping of nuisance devices, to the screeching of overzealous football commentators. Rather than relying upon the jazz standard as plaything, they find melody in the flirtations of a TV porn-star or the moos of an unwitting cow, pushing the boundaries of improvisation and the communicative power of music itself. The Tin Men trio is a dynamic affair, drawing on the harmonic depth of contemporary classical music and modern jazz as much as the visceral rhythms of hip-hop and Balkan music

If, as you should, you have a website showcasing your music et al, your number one priority should be increasing your site's ranking in Google search results. While there are roughly 200 factors involved in the Google search algorithm, we here look at fifteen of the most important. Guest post by Bobby Owsinski of Music 3.0 ...

Those Who Can Do, Teach: Why You Should Consider Teaching Music Online

While most musicians might not see themselves as educators, prefer the idea of performing to providing lessons, this piece offers a series of compelling reasons why, as a skilled musician, one should give series thought the idea of teaching music online. Guest post by Christine Elise Occhino of Soundfly's Flypaper I have found that the most ... 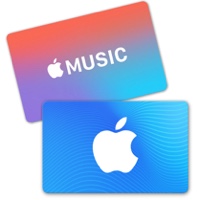 Apple has officially killed iTunes with its latest Mac software update dubbed Catalina. Apple has moved each iTunes service into separate apps- Apple Music, Apple TV and Podcasts- replacing the once-revolutionary iTunes, which launched in 2003, two years after the debut of Apple's iPod. Highlights Apple’s new Music app, which gets the old iTunes icon, is ...

Michael Dessen is a composer-improviser who performs on the slide trombone and computer. Active in a variety of ensembles as leader or collaborator, he creates music for improvisers and engages new technologies of telepresence and digital networking. His music has been praised by critics in numerous jazz and contemporary music publications, and recorded on labels such as Clean Feed, Cuneiform, and Circumvention. Dessen's teachers include Yusef Lateef, George Lewis, and Anthony Davis, and he has also been schooled through extensive freelance experiences ranging from salsa bands to avant-garde new music ensembles

Inundated as they are with pitches, music, and countless musicians trying to capture their attention, the idea of developing a meaningful relationship with music bloggers or journalists may seem like an unrealistic goal, and while it is challenging, there are few practices that can increase your odds of connecting with music journalists on a more meaningful ...

Yesterday, Apple announced the end of iTunes on the Mac and its replacement with three separate apps for music, podcasts and TV.  The reason given was feature bloat which slows performance. But top analyst Mark Mulligan says that its really part of “the great unbundling" which has been going on across other digital services for years. ...

Apple is set to announce the end of iTunes today. Ironically, the company unveiled a new iPod Touch last week, the newest iteration of the hardware that made it so easy to put a whopping 1000 iTunes tracks in your pocket. During Tim Cook's keynote at its annual Worldwide Developers Conference in San Jose, California today ...