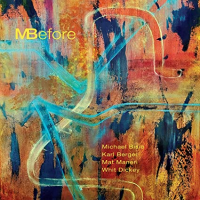 In the dark days of Covid and the lingering return to normality, only a handful of musicians managed to be prolific. Fewer remained relevant. Bassist & composer Michael Bisio is among the more productive artists, with half a dozen releases during the pandemic. Add to that collection MBefore, with the bassist's new namesake quartet. The album ...

Ivo Perelman sent me three new albums. When I saw the musicians involved it reminded me of some other great releases featuring those people. I had a search in the archive and pulled together some music to compliment the new releases from Perelman. There's also two great new albums—one from Samo Salamon & Friends, and the ...

On this release, pianist Bob Gluck mixes the realms of classical music and jazz in interesting ways. The formal, declarative music produced by Gluck, clarinetist Kinan Azmeh and vocalist Andrea Wolper is given flow and earthiness by the rhythmic pull of bassist Ken Filiano and drummer Tani Tabbal. The front-line combination fluidly rises and ...

Composer/pianist/electronic artist Bob Gluck's musical repertoire is particularly diverse. Among his many electro-acoustic projects are the borderless duo album Textures and Pulsations (Ictus Records, 2012) with Aruán Ortiz, Tropelets (Ictus Records, 2014) featuring improvisations based on Jewish biblical chants, and Infinite Spirit (FMR Records, 2016) where he pays tribute to Herbie Hancock's Mwandishi Band. In the ...

Roscoe Mitchell: Bells for the South Side 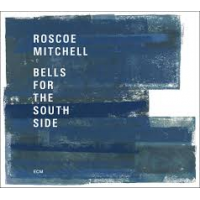