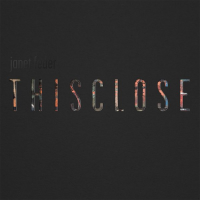 Label: Self Produced
Released: 2015
Track listing: Crows; Ticking Time bomb; Happy Everyday, Me; No Apology, Happy Everyday, You; You As Part Of A Whole; Angels & Exits; She Sleeps With The Sky; T H I S C L O S E.

Colorado-based guitarist Janet Feder has developed a highly personal musical language, drawing inspiration from folk, jazz, minimalism, classical, avant-garde and even pop. Since the early nineties she began experimenting with her guitar, preparing it in different tunings, attaching objects to the strings, developing a unique original sound of her own. T H I S ...