Jazz Vocalist/Performer & Composer/Songwriter Started learning music professionally at the age of 8, immediately after she decided to become a singer and pursue a career in music. Has graduated from Bucharest School of Art, where she has studied Pop Singing from 2006 to 2009. Up to this date, she had already been experimenting with Soul and R&B music. Attended Jazz Studies at the “George Enescu” High School of Music, between 2009 and 2013, but had already been a pupil of the institution since 2004. Graduated in 2013 as a valedictorian, with a perfect 10. She likes to take liberties in her own music, oftentimes being attracted to the avant-garde movement. Since 2013, she is currently a student of Prins Claus Conservatorium in Groningen, the Netherlands, where she is studying vocal jazz performance and composition. Having been active in the jazz idiom since 15 years old, Suzana has experimented not only in the traditional side of it, but has also become involved with the avant-garde movement

Festival Jazz International Rotterdam LantarenVenster Rotterdam October 26-28, 2018 As a jazz enthusiast strolling along the beautiful waterfront of Rotterdam, encountering the name Van Gelder almost seems too good to be true. Even though in this case, the name is found on a truck and refers to a corporation that sells ... 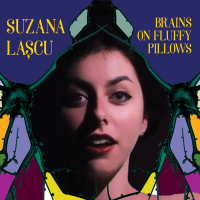