I play Jazz Guitar from the Swing to the Bluenote era with several groups in the Stockton to Vacaville CA. area. Lately I have been involved with two combos The Bob Jacobs Group and The Notes of Choice. In the past I have played with The Alive Music Orchestra from Vacaville, CA, 3JB, Dave Chapman, The Derek Fong Group. I also play with the In the Mood Big Band in Stockton, CA..

At first glance it would seem that Zakiya Hooker was born into the Blues. After all, her father is the late great Blues Legend John Lee Hooker. But rather than relying on her father, Zakiya has pursued life and music on her own terms. In 1991 Zakiya made her first public appearance with her father, John Lee Hooker at the Kaiser Center Theatre in Oakland, California. Since that time Zakiya has gone on to peform on shows with Etta James, John Hammond, Taj Mahal, Charlie Musselwhite, Narada Michael Walden and many, many more. By 1993 Zakiya released her first CD "Another Generation Of The Blues" on Silverton Records 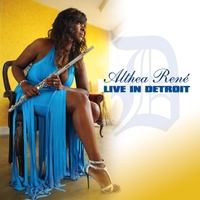 A contemporary of Dave and Iola Brubeck who gained his own success as the vice president of public relations for Pan American World Airways has given University of the Pacific a $500,000 gift that will enable talented musicians for generations to study at the prestigious Brubeck Institute. Richard N. Barkle, who studied speech at then-College of ...

Dave Brubeck created community both on and off-stage from the moment he began performing. Trios, quartets, octets and even orchestras and choirs became vehicles for Dave's music. Off-stage he and Iola worked to bring groups out of the clubs, onto college campuses and into concert halls. As momentum grew so did the community until Brubeck sounds ...

...is doing a fundraiser SATURDAY, JULY 4, 2009, 5:00 - 8:00pm .. entitled “The All American Music Show". The Michele Richardson Band will be doing jazz & blues .. following us is the River Lights Barbershop Group from our area who have won international acclaim! About 30 women with killer harmonies .. come on ...