Steve Williams grew up in Washington, DC. He continued his music education at the University of Miami. There he joined Monty Alexander's band, with whom he started to perform on the international scene. He furthered his music education in New York, with Billy Hart.
Back in Washington, Williams played with Milt Jackson, Freddie Hubbard, Joe Williams, Woodie Shaw, Gary Bartz, Eddie Henderson, John Hicks, Larry Willis, Mulgrew Miller and many others. He joined Gary Thomas' band, with whom he recorded one of his first compositions, "Pads".
Then he joined Shirley Horn, who would keep for twenty-five years the same rhythm section: Charles Ables (bass) and Steve Williams (drums) 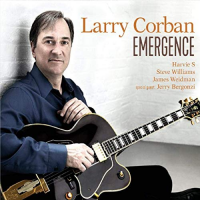 “Horn did ballads and cool, understated ruminations better than anyone except her first champion, mentor and lifelong friend, trumpeter Miles Davis. Both were masters of silence and anticipation, but even Davis teased Horn about her pacing. 'You do 'em awful slow!' he once said.'" Richard Harrington, Washington Post. The incandescence that was ...

The Aperturistic Trio: Truth and Actuality 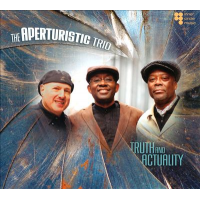 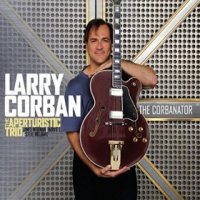 New York-based guitarist Larry Corban took his time creating a follow-up to his debut-- Moving 4-Ward (Self Produced, 2002); it would be more than a decade before album number two--The Circle Starts Here (Nabroc Records, 2013)--would appear, but that one got the ball rolling again. Corban formed a strong connection with his trio mates on that ...