Saxophonist Steve Cole is one of the most celebrated players in contemporary jazz. The Chicago native exploded onto the scene in 1998 with the album “Stay Awhile” that was produced by fellow Chicagoan Brian Culbertson. The disc scored two #1 hits and earned Cole the Oasis Smooth Jazz Award for best new artist shortly before his sophomore set, “Between Us,” was released in 2000. His catchy singles made him an instant radio favorite and he cranked them out with regularity on subsequent albums “NY LA” (2003), “Spin” (2005, “True” (2006), "Moonlight" (2009), and "True" (2013). In addition to his work as solo artist, Steve has performed/recorded, with Junior Wells, Buddy Guy, Boz Scaggs, Larry Carlton, Jeff Lorber, Jim Peterik, Freddie Cole, Cyrus Chestnut, and KMFDM, and has been a featured soloist with the City of Prague Orchestra, and The Chicago Symphony Orchestra

Jazz Jackpot: Jazz And Soul Stars To Light Up The City Of Lights

Steve Cole’s 7th album due September 17th preceded by “With You All The Way” Minneapolis, MN: Rather apropos that saxophonist Steve Cole covered the soul classic “Going In Circles” on his forthcoming “Pulse” album, his 7th solo disc, which he produced and wrote with fellow saxophonist David Mann. Honest and organic are vital qualities to Cole, ...

Saxophonist Kim Waters Releases "Am I A Fool," The Debut Video From His 17th Album This Heart Of Mine

“Am I A Fool" Features Lead Vocal by Soul Prince Calvin Richardson Kim Waters has been heralded as “simply one of the planet's best saxophonists" by Jazz Times Magazine and touted as a “romantic pied piper" by The Washington Post. Waters has built an impressive and enviable career giving his fans what they want, along the ...

The Sax Pack: The Pack Is Back! 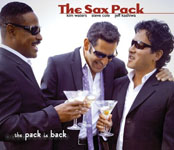 If The Pack is Back is a slight improvement over the 2008 debut from The Sax Pack “supergroup" of Kim Waters, Jeff Kashiwa and Steve Cole, it's because they sound more comfortable playing together, trimmed of frills and excesses that made the first album a sloppy affair.However, don't think this is a dramatic departure ... 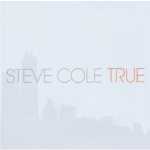 Let's face it, the music genre(s) known as “Smooth Jazz or “Adult Contemporary Jazz or “Nu-Jazz (if, in fact, they are different genres) demonstrate little critical appeal among those who consider themselves “serious jazz enthusiasts. Elevator Music, Muzak, Weather Channel Music, whatever, Smooth Jazz gets precious little respect...as well it deserves. As a branch of jazz, ...