During the second week of June, saxophonist Stanley Jason Zappa undertook a fairly demanding performance trek with two colleagues, saxophonist Catherine Sikora and percussionist Nick Skrowaczewski. It began in the Okanagan wine region of southwestern British Columbia and concluded at the Casse Tete Festival at the inland city of Prince George, around 500 miles ...

"A performance of contemporary improvised music in three unique settings with three emerging masters of the craft." Stanley Jason Zappa has put together a mini tour of remote inland communities in the vast province of British Columbia, Canada. Adventurous music undertakes a real adventure beginning on June 11th in Okanagan Wine Country and ending up in ...

The Wrong Object Returns with "After the Exhibition" (MoonJune)

Belgian prog heavyweights The Wrong Object make a spectacular return to center stage, with a studio album of brilliant original compositions — and monumental significance! After a five-year absence, After The Exhibition showcases a variety of fresh, powerful material, masterfully delivered by a capable, cohesive new lineup. With their aesthetics still rooted in an array of ... 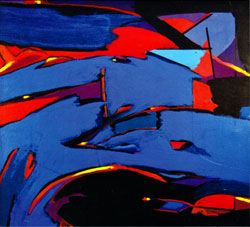 Laurence CookTragedies of LoveBlaq Lghtn2011 It is hard to think of a time when tedium was as pervasive in music as it is today. If listening to music hasn't become a chore, it has become the sound track to doing chores--part of the torture of our jobs rather ...