AS IS: O Holy NIght 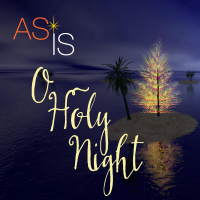 Label: Night of the Elephant
Released: 2021

Described as "nothing short of enchanting" by All About Jazz in 2015, AS IS is the musical union of jazz guitarist, Alan Schulman and jazz vocal stylist, Stacey Lynn Schulman. The couple - both on and off stage - have made a name for themselves for their imaginative re-expressions of 20th century song classics. AS IS takes audiences on an intimate journey through the world and words of songs long-forgotten - but newly created - with both the soulfulness and swing that's accessible, memorable and highly musical. ​Alan Schulman is a noted jazz guitarist from Cincinnati, Ohio who studied with the late great guitarist Cal Collins (formerly of the Benny Goodman Orchestra) 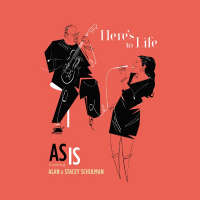 Here’s To Life is the newest CD by AS IS, featuring jazz guitarist ALAN SCHULMAN and jazz vocalist STACEY SCHULMAN. The CD is an eclectic mix of tunes that showcases Stacey’s versatile vocal stylings and Alan’s soulful acoustic and electric jazz guitar playing. Their debut CD, A Love Like Ours, was a duo project that hit ...