Gentlemen, I Neglected to Inform You You Will Not Be Getting Paid

Label: Spire Artists
Released: 2010
Track listing: You Look Good in Orange; Antoine; High and Dry; Tout Ce Qui Brille Ne Pas Or; High Pockets and a Fanny Pack; Drop a Dime; Ode to My Honda Odyssey; Every Day You Wake Up New York Says No; Gentlemen, I Neglected to Inform You You Will Not Be Getting Paid.

Charlie Hunter: Gentlemen, I Neglected to Inform You You Will Not Be Getting Paid

As ever, 7-string guitarist Charlie Hunter can be counted on to shake things up every couple of discs. After two trio sets with keyboardist Erik Deutsch, Hunter returns to the horn-driven breadth of Right Now Move (Ropeadope, 2003). On Gentlemen, I Neglected to Inform You You Will Not Be Getting Paid, however, Hunter trades Right Now's ... 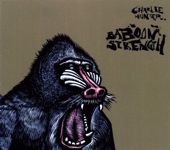 After a series of major label releases, the last of which was a recording with a new trio, Charlie Hunter makes significant changes for Baboon Strength. The idiosyncratic guitarist's innate joie de vivre remains constant, however, as he decides to release the album independently and, prior to that, recruits a new drummer.

Guitarist Charlie Hunter is a musician on a journey. Never to be satisfied with a ravishingly successful recording career spanning 17 albums, he has continued to explore his own musical tastes, not to pander to his fans, or necessarily in search of something, but merely following the currents of his musical self. Continuing the evolution of ...