Sidney Jacobs is an American jazz vocalist, songwriter, arranger and producer. Born in Harbor City, California, and raised in Los Angeles, Jacobs first began singing in the church choir as a child. As the baby of the family, Jacobs’ musical taste was greatly influenced by those of his teenage brother and sister. His brother - a flutist, favored jazz, and rock and roll, while his sister - a pianist, was a lover of soul and pop music. Additionally, gospel music filled the house as Jacobs’ father, a radio and television news reporter, had once been a gospel radio disc jockey. At 18, Jacobs became a principle singer with the Albert McNeil Jubilee Singers 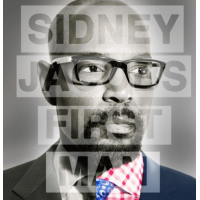 Call this R&B-inflected jazz, jazz-informed soul, or soul-soaked singer-songwriter fare with a chaser of standards and surprises. You can take your pick, as all of those descriptors are basically on the money. But it doesn't really matter how you tag this. It's fine music by any name. Sidney Jacobs' second album, following the ...