Shawn Lovato is a bassist and composer whose work is part of a scene of musical experimentation that spans the many traditions, approaches, and styles of creative contemporary music. Growing up on the outskirts of New York City, Lovato has roots in its local underground music of hip hop, metal, and punk rock. These early fringe sensibilities are evident in his commitment to contemporary concert and improvised music, bringing him from CBGB to The Stone to Lincoln Center. As a member of the contemporary ensemble Hotel Elefant he has worked with composers such as John Luther Adams, Richard Carrick, David Lang, and Michael Gordon 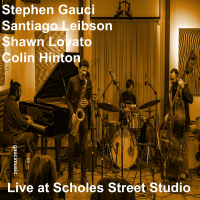 When tenor saxophonist Stephen Gauci was offered a set at Brooklyn's Scholes Street Studio performance space in December 2019 he leapt at the chance. At short notice he pulled together three former duet partners in the classic jazz quartet formation, though they had never previously performed as a single unit. So this is both the group's ...

One could almost make the case that this episode is a reverse sandwich, with the filling on the outside, considering the first tracks from a sizzling hot Vijay Anderson Trio and the windup tune from pedal steel guitarist Susan Alcorn and her fine band of Mary Halvorson, Michael Formanek, Mark Feldman and Ryan Sawyer. You could ...

It would have been a shame if drummer and composer Colin Hinton's Simulacra, released in 2019, fell through the cracks. On this, his second leadership outing in the wake of Glassbath (Snake And Cornelia, 2018), he captains a crew of current and former Brooklyn-based talent in a mysterious but satisfying set. Hinton merges compositional elements with ... 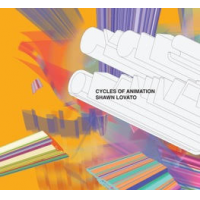 The title of bassist Shawn Lovato's debut record, Cycles of Animation, is wholly appropriate, as Lovato's compositions are filled with incessant motion. With a good deal of rhythmic dynamism and a fluid, loosely-structured sound, the album is a convincing statement from Lovato and a sign of even better things to come. Lovato has a ...