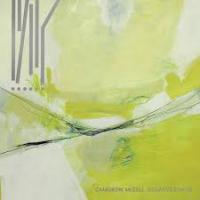 A whole bunch of very accomplished guitarists out there have styles can be described cursorily as lying within a triangle that has John Scofield, Pat Metheny, and Bill Frisell at its vertices. There's nothing wrong with this. Scofield, Metheny, and Frisell are amazing, prolific, and highly influential. And even within these confines, there's a lot of ...

The Allman Brothers Band: 40 Years Out

So what do Randy Brecker, Stanley Clarke and Lenny White have in common with Kid Rock, Eric Clapton and Billy Gibbons of ZZ Top? All were part of the Allman Brothers Band's three-week musical extravaganza at New York City's Beacon Theater celebrating the band's 40th anniversary. This year's list of surprise guests also included ...

Long Walk On A Short Pier

Sneakers (Fifty-Four) / Living In A Dream