Ruben 'Negro' Rada more than almost any of his contemporaries for decades has worked as a devoted cross-genre pioneer. Rubén Rada is born in 1943 in Montevideo’s Palermo quarter. He grows up as a fan of the Beatles, Ray Charles, Louis Armstrong and Carlos Gardel. Embarking on his musical career in 1965 with the band El Kinto Conjunto, Rada becomes the first to combine Western rock music with Latin elements and to incorporate elements of jazz, funk, soul, tango and pop in his songs. But even in these early years, his ambitions and his achievements run deeper. From the beginning, he integrates Uruguay’s national genre, candombe, in his musical creations 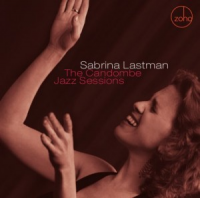 The Candombe Jazz Sessions reflects Sabrina Lastman gift of storytelling. It does not matter if it is an improvised wordless tale, a poetic interpretation sung in Spanish or Portuguese, or her thoughts put to music. It is always a vivid story, full of passionate dramatic nuances, elegance and charm and with a touch of irony.