Ruba Shamshoum is a Palestinian musician, born and raised in Nazareth and currently living in Dublin, Ireland. Ruba’s music draws from the harmony, sensibility, improvisation, and playfulness of jazz, mixed with tinges of Middle Eastern and Arabic musical elements that compliment her style and bring it to unique and distinctive places. In 2011, Ruba dove into music, and made it her profession; She studied jazz performance at Newpark Music Centre, wrote music for film (When I Saw You), released a few singles that generated much acclaim and were a part of top indie charts in the Middle East and North Africa, performed in international festivals in Ireland, the UK and the Middle East, and gave a TED talk about finding your own distinctive voice in music and art 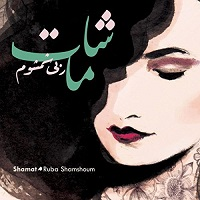 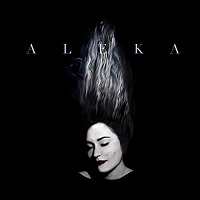 Aleka is the eponymous debut EP--and stage-name--of Alexandra-Ioana Potinga, a Romanian jazz vocalist and cellist based in Dublin. Aleka performs in several bands, as vocalist in Tommy Halferty's Camus Jazz and as cellist/backing vocalist with Ruba Shamshoum. This outing features her working band at time of recording (bassist Barry Donohue has since replaced Kevin Higgins) on ...

Though a graduate of Dublin's Newpark Music Centre in jazz performance, Ruba Shamshoum's delightful debut CD doesn't fall neatly into any particular category. What does these days? The Palestinian-born, Dublin-based singer infuses elements of jazz with her Middle Eastern roots on these nine originals, ably backed by some of the country's finest musicians, who straddle the ...