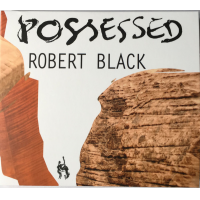 Double bassist Robert Black (a member of the Bang on a Can All-Stars) became fascinated by the desert landscape around Moab, Utah after an invitation to play at a music festival there. He improvised this entire site-specific environmental duet “on location" over the course of three days in August, 2013. The project was documented with video ...

Bang on a Can takes over Alice Tully Hall presented by Lincoln Center’s Great Performers series in a triple-bill birthday bash on Saturday, April 28 at 7pm featuring the Bang on a Can All-Stars, Asphalt Orchestra, and MIT’s Gamelan Galak Tika. Bang on a Can is celebrating 25 years during 2012, having grown from a one-day ...

Combining technical acuity with a deep sense of groove, Joey Baron drums with playful exuberance. Throughout his more than 35-year career, he's propelled experimentalists like guitarist Bill Frisell and saxophonist John Zorn, as well as mainstreamers like vocalist Carmen McRae and saxophonist David Sanborn. He's even played with pop stars David Bowie and Marianne Faithfull. But ...