Saxophonist, composer, and educator, Ricky Sweum brings his passion for modern jazz to audiences and students throughout the world. Ricky currently lives in the Bay Area of California and tours the world as a saxophonist and band leader for the US Air Force Band. He has performed in places ranging from Carnegie Hall to remote Alaskan villages only accessible by airplane. Recording for the 2009 JazzWeek Record Label of the Year, Origin Records, his CD “Pulling Your Own Strings” (2009) rose to #2 on the CMJ radio charts, #106 on the JazzWeek charts, and was chosen as KUVO-FM’s “CD of the Month”. He worked four years as the jazz director at Colorado College (2007-11) and was featured in the Random House book, “The New Face of Jazz: An Intimate Look at Today’s Living Legends and the Artists of Tomorrow” (2010). Sweum has toured/recorded/performed with notable groups such as the Tommy Dorsey Orchestra, Gerry Gibbs Thrasher Big Band, Chie Imaizumi Jazz Orchestra, 9th+Lincoln Orchestra, Wil Swindler Elevenet, Darren Kramer Organization, and the Ken Walker Sextet. As a military musician, Ricky has performed for millions throughout the United States at venues including Carnegie Hall, Monterey Jazz Festival, Clearwater Jazz Holiday, Telluride Jazz Festival, IAJE (NYC), Twin Cities Jazz Festival, and the Macy’s Day Parade (NYC) 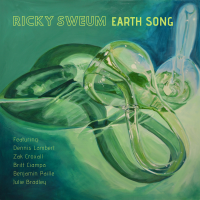 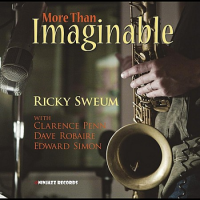 West coast saxophonist Ricky Sweum grew up in Eugene, Oregon, and spent many years as a freelance musician in New York before embarking on a military career, joining the Air Force Academy Band in 2003. After a stint with prestigious jazz big band The Falconaires as lead tenor, in 2011 he moved on and now works ... 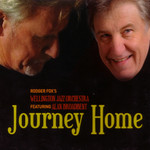 Chicago-native Chris Greene keeps stylistic company with Wayne Escoffery, AJ Kluth, and Ricky Sweum, in that he plays a saxophone with sharp edges when necessary and smooth ones when called upon. His previous recordings, On The Verge (as Chris Greene's New Perspective, Self Produced, 2002) and Soul and Science, Volume 1 (as the Chris Green Quartet, ...

Pulling Your Own Strings

The fog has lifted off of the coast of Seattle with the rise of Origin Records. As the fisherman of jazz today, they've cast their nets and pulled in a catch of fresh, raw and bold talent. Their latest catch: saxophonist Ricky Sweum. Pulling Your Own Strings, which came out in ...

The State of the Tenor 2009: AJ Kluth and Ricky Sweum 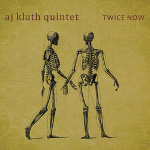 Saxophonists AJ Kluth and Ricky Sweum look more like the backfield from Friday Night Lights than they do jazz musicians. But jazz musicians they are, playing what may be heard as the logical, evolutionary result of post-bop: a dry ice eutectoid of smooth, free, avant-garde, cool and modal jazz. Their music is characterized by open composition ...