Rickey Minor is the Emmy-nominated music director of American Idol, which ends its season May 19-20, and his Rickey's Review segment airs on "American Idol Extra" each Thursday on Fox Reality Channel. The author of "There's No Traffic on the Extra Mile" has traveled extensively to collaborate with recording artists, including Whitney Houston, Christina Aguilera, Alicia Keys, Ray Charles and Beyoncé Knowles. April 13, 2010, NBC announced that Minor would replace Kevin Eubanks as the musical director of "The Tonight Show with Jay Leno" beginning June 4, 2010. Minor, a producer and composer whose TV credits include the 2008 Grammy Awards and 2010 People's Choice Awards, will join his new band on the air June 7. In 2005, Idol ditched the cheesy karaoke-style pre-recorded tunes and brought in a live band to play behind the contestants 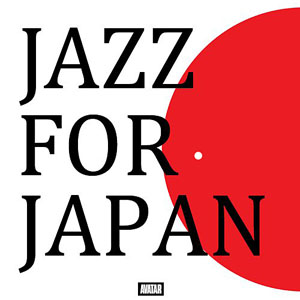 In the wake of the barrage of natural and man-made disasters that struck Japan in early 2011, a large group of fine musicians got together for Jazz For Japan. One of the strongest compilations of the year, all proceeds are being donated to help the victims of this great tragedy. The standards featured ...

On May 21, 1971, Motown Records released an album unique to its vast, already classic catalog: a suite of protest songs, railing, albeit softly and with an undeniable groove, about the planet's woes and the pain of war. With What's Going On, Marvin Gaye forever changed the sound and subject matter of popular music, influencing and ...

“The Tonight Show" gets its fourth theme song in a little more than a year, as new music director Rickey Minor joins the late-night talker on Monday. Minor will immediately put his stamp on the Jay Leno gabfest with a new theme, along with an entirely new band. For those keeping track at home: Leno signed ...

“American Idol" music director Rickey Minor is headed for “The Tonight Show with Jay Leno." Minor replaces longtime music director Kevin Eubanks, who on Monday's show made his May 28 exit date official. In an announcement Tuesday, NBC said Minor is expected to debut at “Tonight" on June 7. The current season of “American Idol" ends ...