"It is with sadness that I inform you of the passing of drummer, Richie Pratt (March 11, 1943 - February 12, 2015) at his home in the jny: Kansas City metro area", stated Artists Recording Collective label COO, Christopher Burnett. “Richie was a prolific musician on the jny: New York City and global jazz scenes as ... 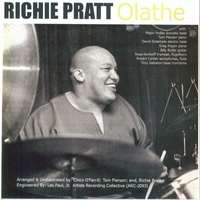