Richard Pavlidis is a saxophonist, composer, teacher and multi-instrumentalist from Melbourne, Australia. Educated at the Victorian College of the Arts in Melbourne, Richard has toured Australia, New Zealand and Europe and has performed at major festivals including Splendour in the Grass, The Manly Jazz Festival in Sydney, and the Melbourne International Jazz Festival. Richard's debut solo album 'Without Within' was released worldwide in 2019 and supported by an Australian tour. Music from this album can be found in the Australian Jazz Real Book and the Australian Jazz Museum. The album caught the attention of celebrated saxophonist Kenny G, who said via social media "I love the way you combine bebop licks with more modern-sounding phrases, and your technique is amazing 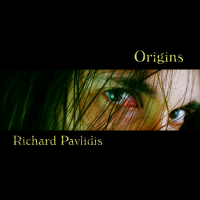 Label: Independent Release
Released: 2020
Track listing: Four Ones; Dusk; They See Me As I Can't See Them; Cycles; Who Will I Be Tomorrow?; Geraldine; Any Small Things 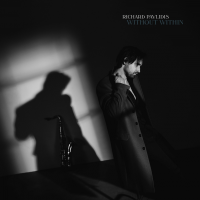 Label: Independent Release
Released: 2019
Track listing: Like Tears in Rain; Without Within; Up Late; Lembongan Silver; Temps Perdu, It Won't Be You; Someone's Version of the Blues; Harbour City