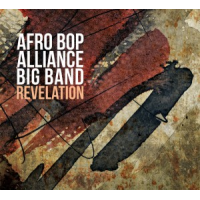 Label: OA2 Records
Released: 2016
Track listing: CuBop; No Rest for the Bones of the Dead; Magharibi; A Family of Four; Soulfriere; Dialed In; Creencias.

With his virtuosic quartet in a session of his own compositions, trumpeter Hugh Ragin retains the tradition of jazz history while forging ahead in an avant-garde direction. The quartet lays down a heavy, walking bass foundation and a constant, surrounding, drum texture over which trumpet and tenor saxophone explore. Ragin's trumpet tone employs an edge that ...

Houston-born and Colorado-based trumpeter Hugh Ragin long ago grasped the essential connections between modern jazz sophistication and soulful energy, but he has never articulated them as clearly and comprehensively on record as on Revelation. Ragin has been responsible for a recent string of releases on Justin Time, in addition to his recognized association with David Murray. ...

While he has recorded less frequently as a leader than some his age, trumpeter High Ragin's career as a music educator in Denver, Colorado certainly hasn't prevented him from wider exposure with a variety of artists including Roscoe Mitchell, David Murray and, oddly enough, even Maynard Ferguson. But it is with the Creative Music Studio in ...