Reptet is a sextet consisting of six multi-instrumentalists all of whom are members of the internationally acclaimed Monktail Creative Music Concern based out of Seattle, WA. They have established themselves as a group of considerable excitement, flair and vision while simultaneously debunking preconceived notions of what a jazz group ought to be. Their music has been aired on radio stations across the United States and Europe, and their members have toured internationally. The arts organization Earshot Jazz has described them as, “A hot progressive combo of Seattle's best young players. Their music is intense, taut, and fresh.” With the release of their second full length CD Do This!, Reptet has established themselves as an irrepressible force in modern jazz.

The city of Seattle has an eclectic relationship with jazz historically, in terms of innovation and embracing the notion of music without boundaries, of musical communities interacting and supporting each other. Samantha Boshnack fits perfectly into that musical paradigm. Whether writing and performing with her 14 piece ensemble B'shnorkestra, or in a quintet setting, Boshnack has ... 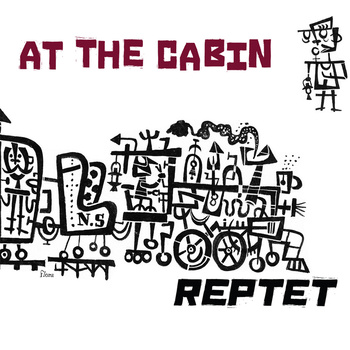 Announcing the Winners of the "Reptet - At the Cabin" Giveaway

Patrick Greenlee, David Kline, Michael Irelan, Alice Wilson and Rodger Matthews, Congratulations! You're the lucky winners of the “Reptet&#151At the Cabin“ giveaway. All About Jazz will contact you about claiming your prize. We'd like to thank everyone who participated in the contest and please visit Reptet's site for the latest information about the band. Enjoy the ...

Enter the "Reptet - At the Cabin" Giveaway