The songs of the late English bandleader and composer, Ray Noble, are very much of the type for which many take a historical look backwards in saying, "They don't write songs like that -anymore." And without denigrating the wonderful output of songwriters of today, songs like those in Noble's amazing catalog are simply not being written today. The coterie of classic songs, included the enduring, "The Very Thought Of You," "The Touch Of Your Lips," “Love Is The Sweetest Thing" and "I Hadn't Anyone 'Til You," the latter highly popularized by the famed Tommy Dorsey Band in the late '30s. Many of those remarkable songs were given prominent voice when Ray Noble led in the words of the New York Times' John Wilson, "an extraordinary American jazz band," in the RCA Building's glittering centerpiece, The Rainbow Room. Born in Brighton, England, in 1907, Noble from an early moment in his life showed distinctive musical tendencies. He studied piano and

There are decades when nothing happens, said Lenin, and weeks when decades happen. There have been far too many weeks in the three years since 2019 when decades went by. Looking for stability in the midst of madness may be a fool's errand, but it is for just such instances that recordings like The Meeting are ...

Patience is a commodity which musicians generally have in an unlimited supply because the path from being an unknown musician to a known musician is long and filled with twists and turns, with no guarantee of arriving at a predicted destination. Drummer Jimmy Branly began that journey in his native Cuba and, along the way, recorded ...

Harry Allen with Rossano Sportiello The Jazz Corner Hilton Head Island, SCJanuary 10-11, 2019 At a certain point in a musician's career the shorthand of describing them as influenced by, or sounding like, this or that great player from the past becomes redundant--Harry Allen sounds like Harry Allen. His ... 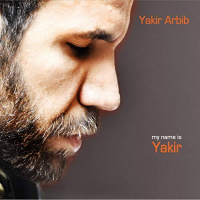 Clever and entertaining, My Name is Yakir offers a diverse potpourri of jazz standards and original compositions performed by pianist Yakir Arbib. The music contrasts standards from the Dixieland, swing, bebop and hard bop eras with five originals that mix classical idioms with loose jazz structures. Arbib certainly has talent and his technical dexterity permits him ...

As the bandleader and musical director on CBS TV's The Late Show with Stephen Colbert, pianist Jon Batiste will be known to many AAJ readers in the US. Here on the other side of the pond his name rings fewer bells. So before discussing Batiste's piano trio + octet album Anatomy of Angels, some background for ... 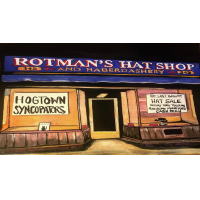 For 75 years, Rotman's hat shop on Spadina Avenue in Toronto was the place for the Jewish community and others still wearing hats to buy a fedora, a beret, almost any kind of hat. More than that, it was the story of one man's life; David Rotman lived and worked there, every day fighting a forlorn ...

Brian Charette Trio with Ed Cherry The Turning Point Cafe Piermont, NY July 15, 2018 Eight selections into an eighty-minute set Brian Charette looked over at Ed Cherry and asked what kind of ballad he wanted to play. In an instant Cherry answered with his guitar, kicking off Duke Ellington's “In ...