The son of two musicians, it should come as no surprise that music would take the center stage in Rave’s own life. Starting piano at an early age and later studying woodwinds as well, Rave began playing professionally by the age of 15. With jazz piano as his main passion, he began polishing his style as a sideman with numerous groups throughout the New York metropolitan area. Equally adept in classical and rock, Rave’s versatility and rich background made him more in demand in broader spheres of music as he began touring with a host of bands including rock and roll hall of famers The Shirells, cutting edge minimalist pop group Tirez Tirez, and British progressive rock group Renaissance 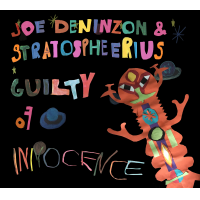 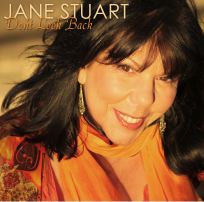 From the opening bars of “I Just Found Out About Love," Jane Stuart takes control of this sophisticated collection of tunes with a voice that oozes style, confidence and emotional strength. Don't Look Back brings Stuart together with an empathic group of musicians, the arrangements are always interesting and at times inspired, and the conclusion is ...

Jane Stuart is as complete a jazz singer as they come. With the timing of a tap dancer, the emotive responsiveness of a stage performer, a voice for the ages, and the experience to put it all together into one unified whole, Stuart deserves more exposure than she currently gets. To her credit, Stuart is able ...

Label: Tesar Music
Released: 2008
Track listing: The Scale Song; Minor Mood; Have Some More; You Decide; The Vision; Everyone But Me; Nobody's At Nobody's; Someone Else's Spell; Minas; Helium. 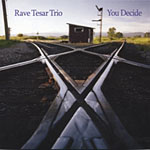 New York pianist and composer Rave Tesar has been on the scene since the early 1980s. His strong playing, highlighted by his inventive improvisational skills, has made him an in-demand session player for years. His acoustic trio for this straight-ahead recording is rounded out with Kermit Driscoll (Bill Frisell, John Zorn, Patti Austin) on bass and ...

The Rave Tesar Trio: You Decide

Jazz is music of inherent high quality. Like sex and pizza, even the worst one experiences is still pretty good. This is why the jazz audience has such a high tolerance for trio recordings. The vast majority are very good, while not being great. This trio tachyphylaxis makes it difficult for the erstwhile trio leader to ...

Label: Tesar Music
Released: 2007
Track listing: The Scale Song; Minor Mood; Have Some More; You Decide; The Vision; Everyone But Me; Nobody's at Nobody's; Someone Else's Spell; Minas; Helium.