Rani Singam is one of the most sought-after contemporary jazz vocalists today. She is named in “The Jazz Singers, The Ultimate Guide”, a 2008 Hal Leonard publication which serves as an encyclopedic guide on the important singers in jazz. Based in Singapore, Rani performs at concerts, festivals and clubs around the world. Rani recorded her debut album in Los Angeles “With A Song In My Heart” in 2004. Produced by the legendary Jeremy Monteiro, the album was rated 4/4 in O’s Place Jazz Newsletter 2008, a leading jazz publication in the United States. In 2011, Rani produced her second album “Contentment” which was recorded at the acclaimed Bennett Studios, USA

Asian Jazz All-Stars Power Quartet Ronnie Scott's EFG London Jazz festival November 20, 2014 One of the most pleasing aspects of the EFG London Jazz Festival is its reach into the many jazz clubs dotted around the capital. Whilst the concert halls host the big names and draw the tourists ... 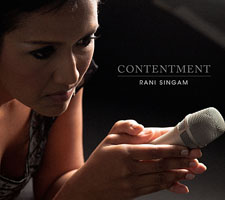 Label: Inflexion Lines
Released: 2012
Track listing: Happily Ever After; Contentment; One by One; The Man I Love; My Muse; Longing; Daybreak; Frailty' What are you Doing for the Rest of your Life?; You'll Never Have to Dance Alone. 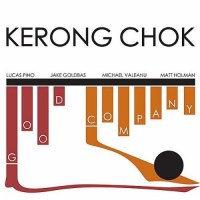 Though still in his twenties, pianist/keyboardist/composer Kerong Chok has been one of the bright young stars on Singapore's jazz scene for a decade. He stepped into the limelight as co-writer, arranger and deft accompanist on singer Rani Singam's Contentment (Inflexion Lines, 2011), and here makes his full debut as leader, on a Hammond organ-flavored set that ...

Singer Rani Singam has been a leading figure on the Singapore jazz scene for a number of years, specializing in the jazz standards of yore. Her strong vocals and fine interpretive skills have also made her sought after at festivals in the region, so it is something of a bold move to break the mold and ...