A record producer, composer and musician proficient on all musical instruments, Randy Scott has performed and/or recorded with Michael Powell (writer and producer for Anita Baker, Patti Labelle, Randy Crawford and others), J. Moss & Paul Allen (writers and producers for Boys II Men, Brittany Spears, N’Sync and others), Hiroshima, Nancy Wilson, Grover Washington, Jr., Fred Hammond, The Clark Sisters, Rance Allen, Dietrich Haddon, Men of Standard, Kirk Franklin, Norman Brown, Angela Bofield, Ronnie Laws, Marion Meadows and many other artists on almost every major recording label. As a three-time winner of nationally televised, It’s Showtime At The Apollo, $10,000 winner of The Hennesy Jazz Search and protégé of his friend and mentor, the late Grover Washington, Jr., Randy Scott is ready to take his place among the music industry’s elite 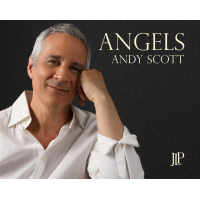 Andy Scott is a jazz singer… but that’s like saying Al Pacino is an “actor” and Julia Childs a “cook.” Scott comes from the tradition of the classic ballad/American Songbook style but he’s not “retro”—like the best singers he melds the best of the past with the immediacy of the Eternal Now, with an eye on ... 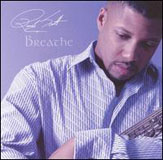 Randy Scott: From The Heart

Randy Scott is a consummate producer, composer and musician; he has performed and recorded with numerous luminaries including, Anita Baker, Patti Labelle and Randy Crawford.He is a three-time winner of It's Showtime At The Apollo, Winner of The Hennesy Jazz Search and protégé of his friend and mentor, the late Grover Washington, Jr. He ...