Rale Micic is one of the most successful and critically acclaimed jazz musicians to emerge from Serbia. Audiences throughout the world have been captivated by Micic’s mesmerizing music, exploring interaction between his Serbian musical roots and his extensive knowledge of jazz. With three albums‘released on CTA Records, Rale Micic created cult-like following among music fans with his mix of jazz and haunting melodies from the Balkans. On his second release entitled Serbia, Micic establishes himself as one of the most inventive voices on the music scene today, featuring renowned Grammy-nominated trumpet player Tom Harrell, and was called “mellow, tight and tasteful” by Downbeat

We start the 726th Episode of Neon Jazz with the distinctive sound of Miami-based saxophonist Carlos Vega. From there, we present Francesco Amenta, Oscar Rossignoli and Jake Baxendale. The show concludes with JC Sanford and material from his new release Imminent Standards Trio. Dig this hour of jazz music, my friends. Playlist Carlos Vega ...

Rale Micic: Only Love Will Stay

Only Love Will Stay, a tasteful and even-keeled trio date, embodies seven of Serbian-born guitarist and leader Rale Micic's original compositions and a lone standard, Irving Berlin's venerable “How Deep Is the Ocean." Micic is ably supported by organist Jared Gold and either Johnathan Blake (five tracks) or Geoff Clapp (three) on drums. Micic's themes are ...

A World Of Talent: Rale Micic’s Heartwarming Fusion Of Heritage, Taste, And Jazz Guitar Sophistication Shines On 'Only Love Will Stay'

It goes without saying, though we’ll say it once, right from the top here, that Rale Micic is a unique voice in jazz guitar. He combines an absurdly melodic approach and an intricate insight into harmonies, with a sort of deep personal story from his native Serbia. His life experience and heritage exert a soft and ... 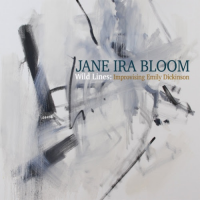 Alma Micic That Old Feeling Whaling City Records 2017 Serbian vocalist Alma Micic's 2014 Tonight (CTA Records) was a welcome addition to the jazz vocals discography because of its bold repertoire and compelling performance. Micic returns with a decidedly more focused and refined recording that mixes the new and old with ... 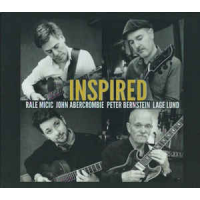 Label: ArtistShare
Released: 2016
Track listing: Dream Steps; Alone Together; Bon Ami; My Funny Valentine; I’m Getting Sentimental Over You; All Across the City; My Ideal; I Should Care; Body and Soul; I Hear a Rhapsody; Embraceable You.

Inspired showcases four of the world's most accomplished jazz guitarists honoring the legacy of a fifth: the late maestro Jim Hall, an exemplar to all and mentor to many. The quartet consists of American luminaries Peter Bernstein and John Abercrombie, Norway's Lage Lund and Serbian-born Rale Micic (Rah-lay Mee-cheech). Four unique personas with one inflexible purpose: ...

On Night Music, his fourth album as leader of his own group, Rale Micic (pronounced Rah-lay Mee-cheech), a Serbian-born guitarist who has lived and gigged in New York City for more than fifteen years, pays tribute to the music of the Hungarian classical composer Bela Bartok who, as it turns out, spent his last years living ...