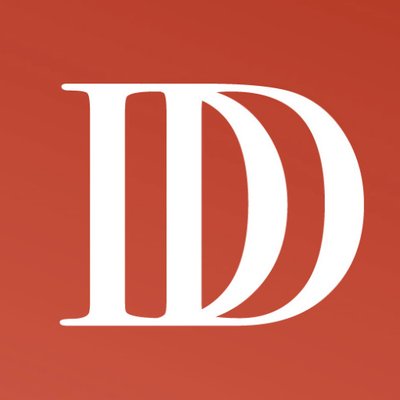 The Doris Duke Charitable Foundation (DDCF) today announced the launch of the Jazz Media Lab, through which some of the country’s most dynamic and forward-thinking nonprofit jazz radio stations will receive more than $1.3 million to participate in a program aimed at bolstering their individual strength and collective resilience as essential players in the jazz ecosystem. ...

"Aloha, everyone!" is Cynthia Lin's cheerful greeting to start her ukulele instructional videos which have compiled millions of views on YouTube. It is like a dear friend's individual welcoming. Her site mixes jazz classics: “Night and Day" by Cole Porter, “Don't Get Around Much Anymore," “On the Sunny Side of the Street," and “Unforgettable," among ballads ...

Charlie Porter is one of the most insightful, creatively brilliant and truly dynamic trumpet artists performing today. Porter straddles both the jazz and classical trumpet worlds with ease and has garnered highly-celebrated performance and recording reviews. An innovative composer and arranger as well, Porter recently performed on Joyce DiDonato's Grammy-winning recording, Songplay and released Immigration Nation ...

Combining vintage keyboards and lead guitar, Special Purpose blends psychedelic sounds with earthy elements of funk and jazz. The band has been playing shows in the Portland, Oregon area since 2016 with some of the best musicians in the city. Their debut instrumental album Password, written by guitarist Lance Vallis, was released in 2019 and features Paul Paresa on keyboards (Sweet n’ Juicy, Cloud 6), Hunter Parmentier on bass (Stephen Marley), and Forest Carter on drums (Far Out West, Giraffe Dodgers).

Originally from Decatur, Illinois, Barry Deister immersed himself in the fertile jazz community at the University of Illinois from 1972-1975 before moving to Chicago in 1975. While in Chicago he played with many of the local jazz artists including Robert Shy, John Campbell, Kelly Sill, Joel Spencer, David Urban, Ed Petersen and many more. He relocated to the West coast in 1985 and was co-leader of the popular Eugene, Oregon based jazz quarter "Meridian" recording and performing at many of the West coast clubs & jazz festivals. During that time he was fortunate to have performed in concert with vibraphonist Bobby Hutcherson and avant guard composer/saxophonist Anthony Braxton. In 1989 he formed the collective quartet "East/West Dialogue" including the influential composer/pianist Jim McNeely producing 2 recording sessions of his original works that were released on the Frankfurt, Germany based L&R Records. He is currently living in Portland, Oregon and leading a quintet with trumpeter Paul Mazzio, bassist Jon Lakey, drummer Tim Rapp and pianist Randy Porter and has just released their first project Melbourne Memories" which are a collection of compositions reflecting his impressions on the landscape and culture of Melbourne, Australia.

Jason Newsom is a solo guitarist and vocalist from Portland, Ore. His unique slap-funk guitar approach has been called “absorbing” (Jazznow.com) and his compositions have been described as “supremely funky” (The Oregonian), “fresh and innovative” (JazzReview.com), and “full of smart melodies” (Jazz Society of Oregon). He is the bandleader and composer for the funk jazz group Anomalous Quintet, which has released three CDs of original music Born in 1965 in Kansas City, Mo, he did not begin playing guitar until age 20. Although he was self-taught for many years, he later studied guitar privately in Phoenix, AZ and studied harmony, arranging, and jazz guitar at the University of Pittsburgh School of Music

Jazz saxophonist Kenney Polson is a distinguished musician, composer and educator. Currently based in the Pacific Northwest, he has lived and performed in over 50 countries. Known widely as a smooth jazz artist, his seasoned musical style incorporates Latin, classical, New Age, rhythm & blues, funk and gospel influences. Polson has appeared on U.S. television with jazz greats Kenny Burrell, Jimmy Heath, Phil Woods, David Sanborn and Wynton Marsalis, and on the popular “Show do Jimmy” show in Bogota, Colombia. He has performed live with Joe Williams, Gil Scott-Heron, Michael Henderson, Norman Connors, Bettye Swan and Lee Garrett. Polson’s smooth saxophone is well known in Pacific Northwest jazz haunts such as The Jazz Station in Eugene, Jack London Jazz Club in Portland, The Royal Esquire in Seattle and the 1905 Jazz Club in Portland