What do a dead donkey, a Seat Alhambra and Led Zeppelin's John Bonham all have in common? Whatever images your mind's eye may conjure, these three clues, in fact, all lead to Phisqa, the contemporary jazz band of Afro-Peruvian bent, formed by drummer Cote Calmet in Dublin, Ireland, in 2010. But let's not get ...

Time has marched on since the eponymous debut of Phisqa, (Self-Produced, 2013), the band led by Peruvian drummer Cote Calmet. Then based in Dublin, Calmet placed the multinational quintet under wraps when his CEO Experiment--initially a trio, co-founded with Leopoldo Osio and Peter Erdei--started to take off. A promising debut recording, which also featured the great ... 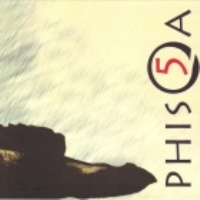 Jazz has come far in Ireland in the last decade or two, leaving behind the trad-jazz on a Sunday image for an altogether more contemporary scene. In part, this is due to the increasingly cosmopolitan face of the country's cities, and in no small measure to the influence of Dublin's Newpark Music Centre, the only educational ...