PETER HAND is a critically-acclaimed jazz guitarist, composer and arranger who performs in settings ranging from solo to big band. A New York City native, he took classical piano lessons as a child before switching to guitar in his early teens. Growing up in New York in the mid-1960s, Peter was fortunate to hear many great artists from different musical genres perform in venues from Greenwich Village to Broadway to Carnegie Hall. After first becoming aware of blues artists such as Little Walter, Howlin’ Wolf, Muddy Waters and others, he become especially interested in the blues guitar sounds of B.B

This week we open the show with a very seasoned jazz saxophonist that recently moved to Kansas City, Adam Larson. From there we move to the UK scena and dig into new sounds from the Black Lab Beats and put a focus on great new jazz being released from the likes of Hendrik Meurkens, Peter Hand ... 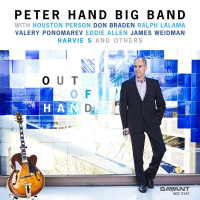 Jazz With A French Twist

The Wizard Of Jazz 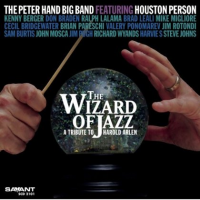 Houston Person: The Wizard of Jazz A Tribute to Harold Arlen, Well,Alright! Nancy Kelly Live, A Song For You

Composer, arranger and guitarist Peter Hand leads the Peter Hand Big Band featuring saxophonist Houston Person on the new release The Wizard of Jazz-A Tribute to Harold Arlen on Savant/HighNote Records. Recorded live in 2005 during Arlen's centenary celebration, this special concert has been newly remixed and mastered to capture all the swinging sounds from a ...

New York, NY - Composer, arranger and guitarist Peter Hand has been signed to Savant (HighNote) Records. A live concert recording entitled The Wizard of Jazz - A Tribute to Harold Arlen featuring tenor saxophone giant Houston Person will be released on June 16. Peter Hand has been a prolific and active presence on the New ...