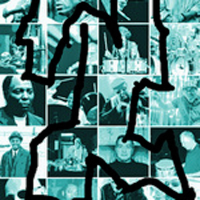 The Raleigh, North Carolina based drummer Percival Roman has a proclivity for his free jazz counterparts, some of whom occupy the front cover design of Romans's album Spiritual Frequencies. Roman, who also records under his given name, T.J. Goode, took his inspiration from disparate sources. Influenced by the hip hop album Midnight Marauders from A Tribe ...