Pedro Branco is a Portuguese guitar player now residing in Amsterdam. Born in Lisbon, he has studied with some of the finest jazz musicians on the Portuguese scene (André Fernandes, Afonso Pais, Mário Delgado, Demian Cabaud, Gonçalo Marques, Desidério Lázaro) and participated in several workshops and masterclasses (Kurt Rosenwinkel, Aaron Goldberg, Dave Holland, Matt Renzi, David Doruzka, Peter Bernstein). Graduated from the Universidade Lusíada de Lisboa in 2013, he has participated in many projects, not only in jazz (Pedro Branco Quartet, Reflections Trio, Jorge Moniz, Then They Flew, Oh! Calcutta!), and has played in such venues as the Hot Club of Lisbon, Café Tati, Fábrica Braço de Prata, Bacalhoeiro and many others 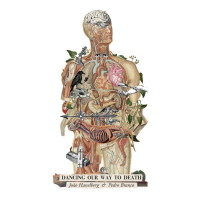 Portuguese bassist João Hasselberg and guitarist Pedro Branco both hail from Lisbon, but are currently living and studying elsewhere--Hasselberg in Copenhagen, Branco in Amsterdam. They each contribute compositions to this co-led project, as well as play the core instrumental tracks, aided by additional players and vocalists. First, it must be said that the music is not ...