Many men tried, but Paul Quinichette was the most successful at emulating the style of Lester Young. (Young called him "Lady Q", a term not exactly meant at as a compliment.) With a nice smoky tone, Quinichette worked with many great musicians, and played on some of the earliest tribute albums. If he is somewhat forgotten today, it may because the tenor style he followed is currently out of favor. That fact does not lessen his music, some of which is remarkable. Paul Quinichette grew up in Denver and started young with the saxophone, and attended Tennessee State College as a music major. Beginning on alto and clarinet, he switched to tenor as he began to get work with R&B bands

During this era of jazz quarantine, innovation and consistency has been alive for all musicians. One band doing just that is The Greyboy Allstars. They kick off the 677th Episode of Neon Jazz. We also profile a host of 2020 releases from the likes of Walt Wagner and Luques Curtis. Finally, we pay our respects to ... 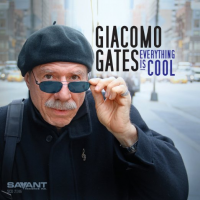 Giacomo Gates was almost forty years old when someone suggested that he try his hand at singing. Luckily for the rest of us, Gates thought that was a good idea, moved to New York City later that year (1989) and began singing in clubs. Six years later Gates recorded his first CD, Blue Skies, and Everything ... 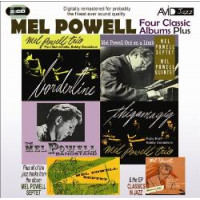 Mel PowellFour Classic Albums PlusAvid Records2012 Mel Powell replaced Teddy Wilson in the piano chair in the Benny Goodman band, took over the Glenn Miller Orchestra after the leader's demise, and followed both gigs with a career in the studios as a pianist and arranger. Then in the ...

Saxophonist, band-leader and writer Loren Schoenberg, now Executive Director of the National Jazz Museum in Harlem, spent an interesting childhood and teenager-hood growing up in New Jersey in the 1970s, meeting and befriending both Teddy Wilson and Hank Jones, and ultimately becoming employed by Wilson's famous '30s boss, Benny Goodman. Schoenberg was first an assistant to ...