Twice Grammy nominated and Ivor Novello winner Paul Hardcastle, first emerged in late 1981 when he appeared on ‘Don’t Depend On Me’, a single by British soul hopefuls Direct Drive which was more noted for its b-side ‘Time Machine’. With vocalist Derek Green, Paul appeared on another Direct Drive single in March 82, ‘Time’s Running Out’ /’ I’m The One’. The domestic soul cognoscenti gave this pair of releases a knowing nod, but Hardcastle and Green already knew enough to branch away and form their own group, First Light. First Light first came to attention under the auspices of Charlie Gillett’s Oval label, pairing Paul’s songwriting and playing and the vocals of fellow Londoner Green

As we continue to structure our playlists around a theme, to look at the different lenses through which various musicians bring their experiences about it, in this edition we feature songs about warmth, something that is no longer in short supply as the summer approaches, or global warming increases. Playlist Haz Solo “Global ... 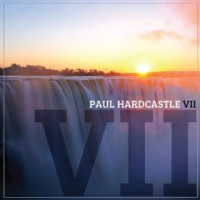