Bassist Paul Gill is veteran of the New York jazz scene and is recognized for his buoyant, swinging bass lines and virtuosic arco solos. When Gill arrived in New York in the mid 1990's he was described by Jazz Times magazine as "surely one of the brightest of the up-and-coming bassists”. He has appeared as a sideman on over 60 recordings. Born in Baltimore, MD, Paul had established himself as a local mainstay in the Balto-DC area from 1984-1994 by both working with fellow hometown musician Gary Bartz, and backing artists that came to town such as Benny Golson, Rosemary Clooney, Stanley Turrentine, and Sonny Fortune. Immediately upon moving to New York, Gill began working with legendary vocalist Jon Hendricks

Jim Snidero, a master of the alto saxophone, can look back on a strong career and more of the same in the future. But he admits events of 2021 have brought him immeasurable satisfaction. It's because of the recorded music he put out this year on the Salvant label—one a fresh live release and ...

Pianist Jill McCarron's latest recording, Jazz Motif, gets off to a flying start with Will Anderson's irrepressible alto saxophone setting the pace on a fiery rendition of “All God's Chillun Got Rhythm" and his radiant flute showcased on John Lewis' groovy “Concorde." Alas, Anderson isn't heard again until Tracks 7 (Clare Fischer's “Ontem a Noite") and ...

Peter Zak Quartet Smalls Jazz Club jny:New York, NY December 18, 2020 One of a handful of rotating camera angles from Smalls Jazz Club offered a view of Peter Zak's hands on the keyboard of a Yamaha grand. This vantage point spoke volumes about the opening set of Zak's ... 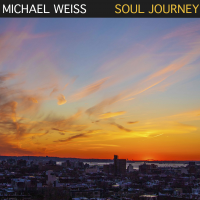 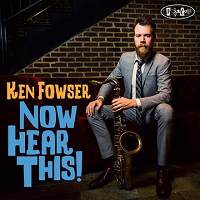 Taking a cue from some of the other smaller jazz-based labels, Posi-Tone has done a remarkable job over the past few years of building a roster of budding talents worthy of wider recognition. Part of the allure of such an endeavor is the ability to see the evolution of an artist's muse unfolding like a rose. ...