Patrick Battstone Dec 2010 Patrick Battstone began performing music professionally at the age of 14, playing in various rock, blues, and R&B bands in South Western Ohio. By the time he was 18, he had received lessons from Stan Kenton and Gary Burton, had been mentored by Oscar Treadwell (Oska T), and had played with James Brown’s recording sidemen as well as members of the musical “Hair”. In 1973, he attended Berklee College of Music and soon after became a student of both Mme Chaloff and Charlie Banacos. During this time he performed at various Boston venues, both as a solo pianist, and as a member of various ensembles 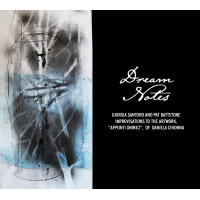 The Last Taxi, In Transit 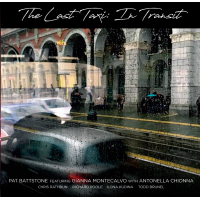 Patrick Battstone is a pianist and collaborator. What is meant by collaborator? Good Question. Battstone is as equally skilled at writing, creating and playing as he is bringing together equally creative and likeminded collaborators into one project. Battstone's projects are a democracy of performances, where each player has a vital and role in the overall sound. ...

The Voice of Robert Desnos 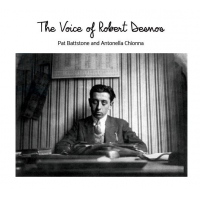 Label: Self Produced
Released: 2017
Track listing: If You Only Knew; Halfway; I Have Dreamt of You so Much; Wifeless, Plump Buck Moonigan; The Voice of Robert Desnos; Les Yeux d’Yvonne George; Chionnese Frantico; Suicide by Night; Spaces Inside Sleep; How Beautiful She; Nightfall; Nature Boy.

Pat Battstone and Antonella Chionna have released a CD titled, The Voice of Robert Desnos. You do not need long to understand that there is something special in this duet. The exciting idea: to perform the poetry of Robert Desnos. Desnos' creative processes focused on achieving a state of self-abandon, dream-like spontaneity that allowed him to ... 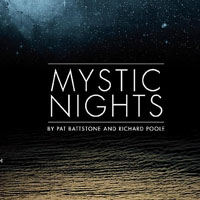